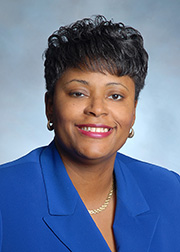 The Distinguished College Administrator awards are presented to college vice presidents, deans or directors serving at post-secondary institutions who have shown strong support of student success on their campus by recognizing academic achievement, leadership and service among high-achieving students. Recipients were nominated for the award by the students on their campus.

Nicholson-Sweval holds a doctorate in public administration and urban affairs, a master’s degree in public administration and a bachelor’s degree in psychology. She has served as state co-coordinator for the American Council of Education Women’s Network of Ohio, was a 2013 recipient of the Harold K. Stubbs Humanitarian Award for Education and has been a class member of Leadership Akron.

The award will be presented during PTK Catalyst 2020, the Society’s annual convention, April 2-4 in the Greater Dallas Area.

Phi Theta Kappa is the premier honor society recognizing the academic achievement of students at associate degree-granting colleges and helping them to grow as scholars and leaders. The Society is made up of more than 3.5 million members and nearly 1,300 chapters in 11 nations, with approximately 240,000 active members in the nation’s colleges. Learn more at ptk.org. 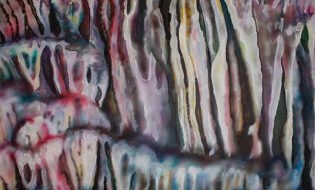 (North Canton, OH – Feb. 4, 2020) – Artwork by Lauren Baker will be featured in a showing through Feb. 27 in the Stark State College gallery on the second floor of the Student Center.