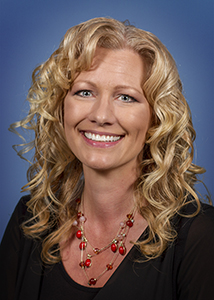 I have been teaching graphic arts and digital photography at Stark State College for 10 years. Before teaching, I started my own designing business in the needle arts industry where I create my own designs, patterns, leaflet layouts, brochures, advertisements, photography work, and tradeshow layouts. For the past 15 years, my designs have been published in magazines across the U.S. and internationally. I also create logos and photographic publications for local businesses and organizations, as well as work on photography and design projects for Stark State College. The activities I love and enjoy include swimming, crafting, design and photography. 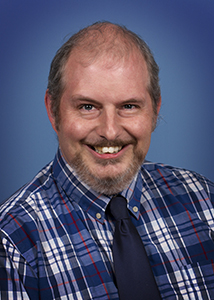 Originally from Sheffield in the north of England, James has taught music theory, music technology, music history and applied music at various institutions in NE Ohio since 1998. An active composer and recording artist, James released “Spacehead,” a collection of songs and instrumental compositions in 2017. James is an advocate of outreach projects for younger musicians and in 2004, the Sioux City Youth Symphony program in Iowa commissioned him to create an anniversary piece for three combined youth orchestras of varying levels of ability. The resulting work, Sinfonietta: To the Future, received its world premiere in May 2005, at a concert celebrating 50 years of the program. Since then he has continued to write works for children, including Symphonies of String Instruments (2007) for combined string quartet and four ability levels of string orchestra, which was commissioned by the Euclid Quartet. 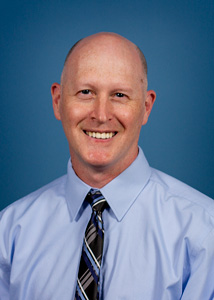 Ralph’s first degree is in studio art with a concentration in film from Kent State, a degree that covered a wide variety of art forms (drawing, sculpting, painting, printmaking and neon sign making) and included curriculum in art history, film theory and conceptual approaches to creativity. His second degree in film production from Full Sail University covered all areas of production: producing, directing, writing, editing, animation and beyond. He is an established storyboard artist and scriptwriter. Other interests/jobs have included graphic design, novel writing, comic book artist, animator and more. Ralph spent nine years performing with a troupe (dance, drama, music, storytelling, and mime) and touring the world (including two Olympic Games). Ralph also volunteers his video services with Truly Reaching You in Akron, assisting incarcerated individuals’ transition back into society.

Eugene is both a Canton native and a Stark State College graduate. Before joining Stark State as a full-time faculty member, he worked in the digital media industry. He specializes in the area of graphic arts, which includes illustration, digital imaging, page layout and design theory.